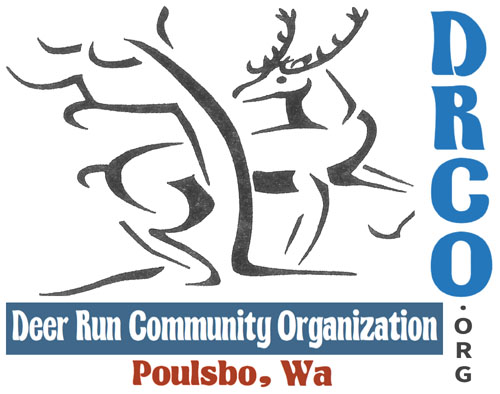 The minutes of the last meeting from July 14, 2020 were approved.

1. President Dennis Peters reported on the new landscaping at the Bjorn street entrance of Deer Run. He has been hand watering the new plants. The homeowner at 18210 NE Bjorn allow DRCO to use their water and Dennis proposed to reimburse the homeowner for the water usage difference from this year versus last. John moved to approve the water expense. Motion carried.

2. Nine applications from DRCO homeowners for landscape changes have been received.

3. Dennis discussed four trees that may pose a risk near homes in the Native Growth Protection Area (NGPA). Arborist Katy Bigelow was hired by DRCO for $295 to evaluate the trees and addressed each in a memo. Click this link to view the arborist’s report.

1. Detailed financial statements and copies of financial institution statements were emailed previously to the board members. The account balances and activity was summarized for the non-board members present. Bob moved to approve July expenses. Motion carried.

Rental Property Rule. Following up from discussion at the last board meeting, Dennis presented a draft Declaration of Protective Covenants and draft Amendment to Rules & Regulations regarding restrictions on rentals. Once determined and approved by the board, the proposed new covenants would be distributed to all DRCO homeowners prior to the Annual Meeting in Spring 2021. Sixty percent of the homeowners would need to approve changes to the new covenants. A discussion took place that included one attendee’s concern that the board could reduce the number to zero rentals and another attendee suggested including an exact percentage of rentals allowed. It was also suggested that in order for a home to become a rental, it needed to be owner-occupied first. The board will revisit this at the next meeting.

1. Tree Committee Recommendation for Street Trees. The tree committee researched suitable trees to replace existing street trees as they die. Two types of flowering crabapple trees were recommended: Prairifire (pink blossoms) and Red Jewel (white blossoms). Additional research revealed that because the fruit of Red Jewel is avoided by birds it is likely to create a mess on sidewalks. Dennis recommended the Adirondack cultivar be used instead of Red Jewel because birds do eat its fruit. John moved to accept the recommendation of the two trees and to allow homeowners to choose whichever cultivar they wish to replace Thundercloud Plums or any other street tree. Motion carried.

2. Legal Liability Related to Trees in NGPA Owned by Deer Run. Dennis discussed the potential of legal liability of the trees mentioned in the Presidents report Item #3. After much discussion, Bob moved to seek a legal opinion on whether DRCO is liable for property damage caused by a NGPA falling tree. Motion carried.

3. Covenant Violations. Dennis reported that homeowners who were storing vehicles in their driveway would be contacted.

The meeting adjourned at 3pm.